HEI Civil of Castle Rock, will be the contractor completing this project and it consists of three phases. Phase I, including initial work on the retaining walls and stormwater drainage infrastructure, has been completed. Roadway widening construction on the project is underway and is expected to be completed in July 2018.

Phase 2 is scheduled to begin in the spring of 2018. Work will include completion of the storm sewer drainage system, median improvements, and installation of a traffic signal at Bradbury Parkway. Temporary shoo-flies will be utilized to transfer traffic during switchovers. Prior to any switchovers or detouring of traffic, advanced public notices will be issued. The second phase has a planned completion date during late spring of 2018.

Immediately following will be the final phase, which consists of milling the existing asphalt and the overlay of hot mix asphalt on the current west two lanes. In addition, the final pavement marking and signage will be completed in Phase 3. Overall project completion is slated for June of 2018.

Median landscaping will be completed in the second half of 2018. 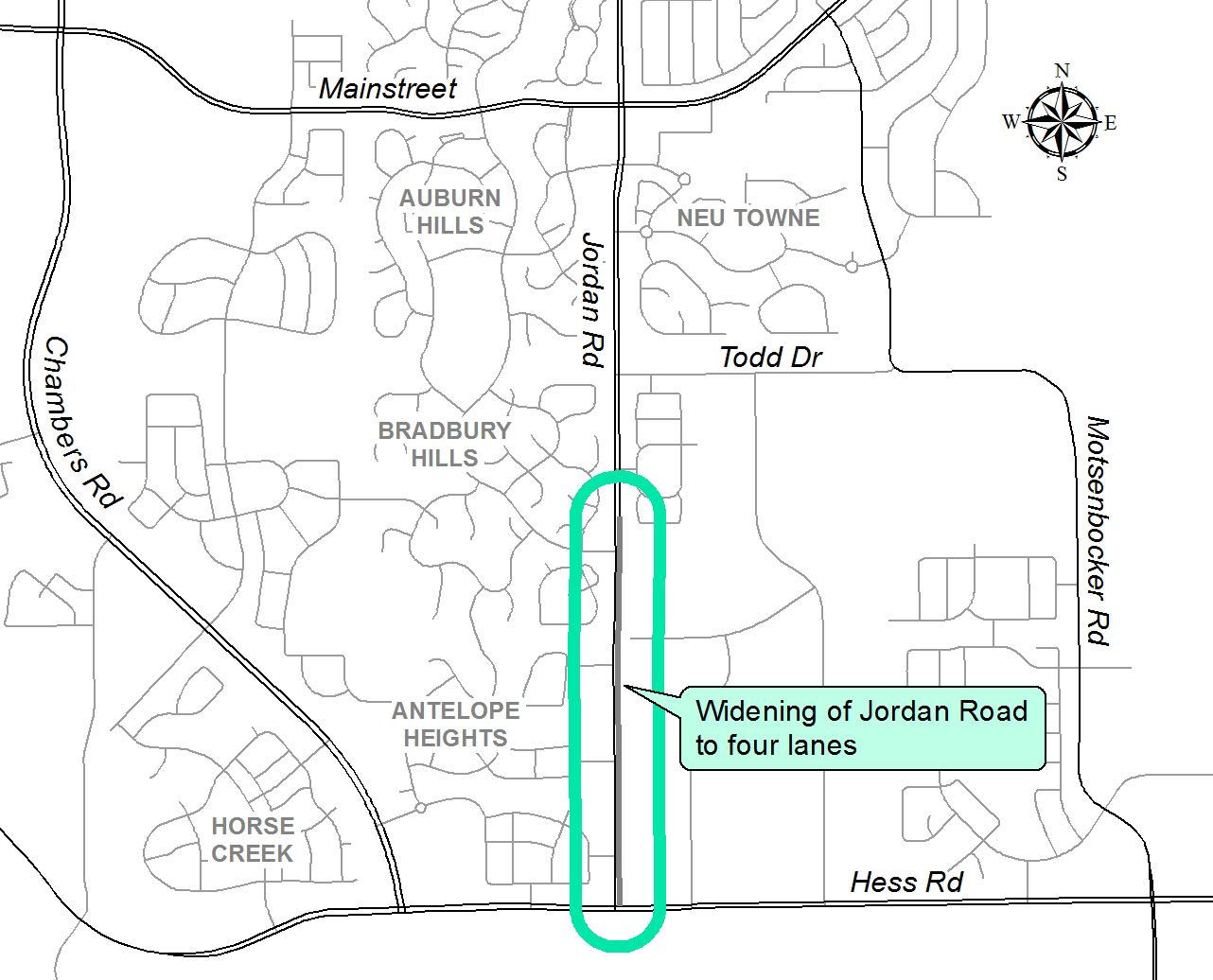 Dave Auldridge is the contractor’s Project Manager/Public Information Officer and can be reached at 303.918.3509 if any concerns or questions should arise during project construction.

Updates on this project and other Town capital improvement projects can be found online.

If you have any questions concerning this project, please contact the Town of Parker Engineering Department at 303.840.9546.